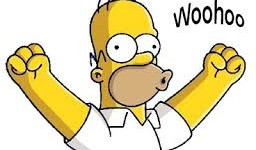 Well, my son and I haven’t reached a decision about carrying out the Bartleby project. We are starting to lean towards organizing others in the community to “opt out” of the testing week and plan for a host of alternative educational endeavors. However, since posting my last blog, my wife and I met with our son’s language arts teacher to help our son meet his personal goal of getting on the honor roll. Before I go any further, I want to state up front that I am an ardent supporter of teachers and public schools. However, some of what I’m about to say might be taken as anti-teacher or anti-public school. This is not the case. In fact, it is the current position that teachers and public schools are in, that I believe, push them to do things that they would not do if it weren’t for the pressures to be “adequate.” So, while I may be openly criticizing my son’s teacher, in the end I believe that this ruinous culture is the dark force responsible for teachers and schools engaging in pedagogical malpractice.

Did you know that a sentence has six words in it? Did you know that a paragraph has five sentences in it and that the first sentence can also be the last sentence as long as it is reworded? In fact this is the preferred structure of paragraphs for fifth graders. How do I know this to be true? My son’s teacher told us. (Boy, I hope my son’s teacher does not see this blog. I’m pretty sure that I am breaking all the rules of constructing paragraphs according to fifth grade writing procedures.)

My son has always tested extremely well. This means that he has regularly been placed in the “high” groups (whatever that means?). So, as he transitioned from elementary school to middle school this year he was placed in the high language arts group. My wife and I held our breath when we found out who the actual teacher was going to be (small town rumors). However, considering he’s a boy, we hoped being in the “high” group would combat the well-known downward spiral that a lot of early adolescent boys experience in language arts. Unfortunately there is evidence that the spiral has begun.

My wife and I went to my son’s teacher in early October when we noticed some problems. This is when the reality of the situation smacked me in the face. When I asked his teacher what my son was doing that was contributing to some of his difficulties, his teacher looked puzzled. According to her he wasn’t having any major problems. But when I said, “he is not looking forward to language arts class so there must be something going on that he is reacting to,” again she looked puzzled. When I asked for some examples of what he was reading. His teacher did not provide any real literature. “What about writing?” Nothing except spelling words five times each with a Peterson’s Handwriting Guide. Not a very rich language arts experience. I asked his teacher the big question, “What is your goal?” Her response, “To get them ready for the state test.” Big fat smack of reality to the face!

I heard a voice inside my head scream, “DEEP BREATH!” As an elementary educator involved in teacher education for 14 years I have been tirelessly advocating and, literally pleading with my future teachers, to refuse to carry out inhumane orders (teaching to the test). I had to be frank with my son’s teacher. My reply was, “I understand the situation and the pressure you are under but I literally do not care about my son’s score on the state test.” I then informed his teacher briefly about the shortsightedness of the tests, the time being wasted on test prep and more importantly the research on how fragile adolescent boys were when it came to language arts. I know our conversation had nothing to do with his grades improving but his grades improved and he made honor role for the first marking period.

During the second marking period my wife and I made sure our son’s homework was done in the evenings but we avoided micromanaging his efforts. If he had a problem with any of his homework we were always willing to help. If he finished without asking for assistance we trusted that he was truly finished and happy with the work that he did “independently.” Occasionally, he would bring home papers that were less than perfect. It was always easy to know when he was less than perfect (A worksheet marked up with a red pen is easy to spot.) My wife and I would go over the mistakes and more often than not it was obvious that his teacher had marked his answer wrong even when he explained to us a more than perfectly good reason for why he responded a certain way. We have always encouraged our son to go back in and explain his answer to his teacher whenever he felt strongly that his answer was acceptable. He did this when warranted and was always a little hesitant, but by the end of the second marking period he refused to speak up for himself at all. His report card came home and he missed honor roll by six points. He lost the six points in language arts. Being the caring “involved” parents that we are, we scheduled another conference with his language arts teacher.

My wife and I went in willing to work with his teacher. We wanted our son to see that we were willing to work with his teacher as a team and didn’t want to have an adversarial relationship. We just wanted to come up with a plan to help our son reach his personal goal of getting back on the honor role. However, after about 40 minutes of us constantly trying to get to a “plan”, we asked how she might help our son. That’s when it happened. That’s when the high stakes testing system and the pressure to produce “adequate” students in the ruinous culture created a rip in the time/space continuum — we entered the strange reality of the accountability era. My son’s teacher stated that she would continue to hold him “accountable.” It was her job to “prepare him for sixth grade and the real world and that life is black and white.” I guess she decided this because my wife and I weren’t really helping him by encouraging his independence. According to his teacher things are either right or wrong. Nothing is negotiated.

In the world of accountability and high stakes testing as I stated earlier, sentences have six words and paragraphs have five sentences. And good paragraphs have an opening sentence that is reworded as the closing sentence. How did we come to find this out? My son’s teacher asked our son to take out his latest writing assignment. For this assignment he had to respond to a “writing prompt.” The prompt was something like, “write about your most favorite time ever with your family” (I wanted to ask what the assignment was for the kids that didn’t have happy family times). My son’s assignment started,

WooHoo! Let me tell you about the best time I had on vacation.

His teacher asked him to explain to us what was wrong with his writing assignment. My son said very softly, “I don’t know, WooHoo is not a sentence and my first sentence should have used six words and tell about the best time ever with my family.” It’s obvious my son has no ability to write or follow directions. What writer would try to show excitement (WooHoo)? Didn’t he read the prompt? It specifically asked for the best time with the family. I could go on and on but I think I made my point.

Yes, my wife and I are personally upset with our son’s teacher. However, should we be? She’s just doing what’s expected of her. She follows the curriculum maps verbatim. She’s making sure that the low paid test scorers are able to quickly read fifth graders’ paragraphs and score them appropriately. This is why I despise the so-called “high standards” movement. After years of her being told what to do and how to run her class. After years of hearing about the possibility of being fired when her kids failed to be “adequate.” After years of this, is it even possible for her to see the damage being done. In the end, I’m not mad at my son’s teacher. She’s just a product of the culture. A sad culture designed to create mass failure — failing students, failing schools, and failing teachers.