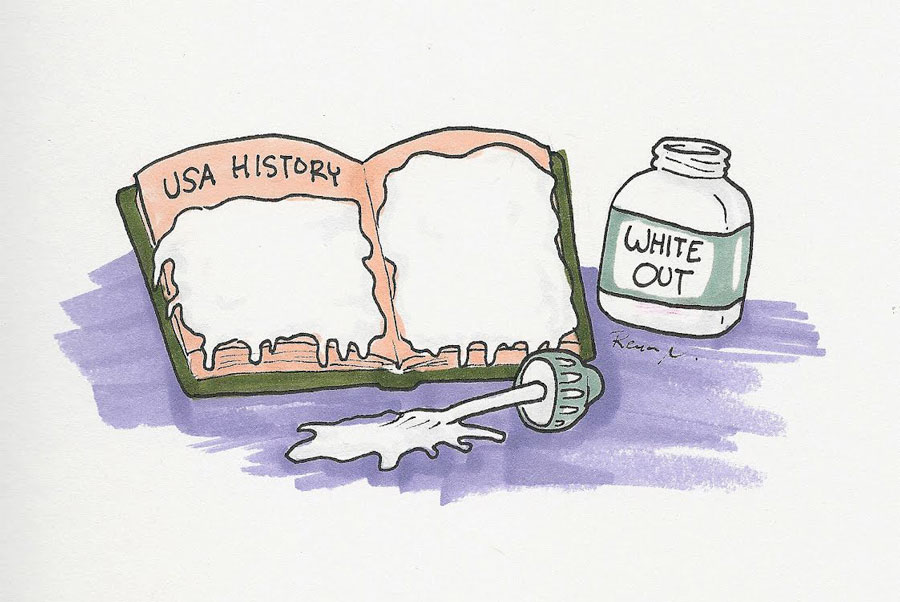 A few months ago I wrote about about opting out of the new “mandatory” civics test that recently became a graduation requirement in Wisconsin.  Remember, this is the test that  Representative James “Jimmy Boy” Edming thought was “a good idea.”  I also went on Capital City Sunday with Representative Terese Berceau to talk about the problems associated with mandatory graduation requirements and to promote an opt out movement against this new test.

However, it is clear to me now that the opt out movement I tried to start failed miserably—and I now know why. This is not an opt out movement against a misguided graduation requirement backed by a simple minded political hack with little to no understanding of real teaching and learning.  This is not an opt out against one more test.  This is an opt out of state sanctioned racism and the structural implementation of a exclusively Eurocentric view of America.

How can I make such a claim?  Simple.  I look at what is NOT required for graduation.

Not required in Wisconsin for graduation:

What’s interesting to me is how quickly I forgot that opt out is not an anti- testing movement.  And how quickly the act of civil disobedience was disregarded by my own reactionary thinking.

The mandatory civics test in Wisconsin is not a test.  Instead it is a politically motivated move to keep the dominant American narrative alive and well.  It is a wall of separation that hides “other” histories.  It is a racist omission of an American past that has exploited the least among us since Columbus first landed in the Caribbean and proclaimed that the Arawaks should be good servants. And it makes it acceptable for the social studies text books marketed today to call the millions of enslaved Africans brought to America—“workers.”

Anybody ready to opt out now?