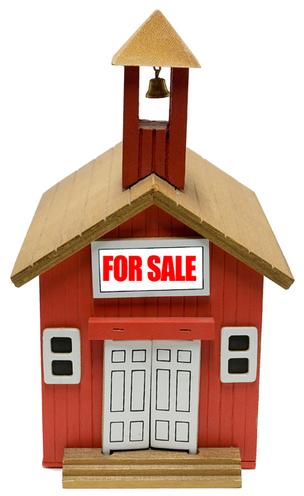 MADISON, Wis. – A sweeping proposal giving control of the lowest-performing schools in Milwaukee to a commissioner who could fire all the teachers and administrators might also apply to other large, racially diverse school districts in Wisconsin, including Madison.

The Legislature’s Joint Finance Committee, around 1:30 a.m. Wednesday, approved the overhaul plan for Milwaukee. The so-called Opportunity Schools and Partnership Program requires three criteria to be met, and Milwaukee is the only district that would immediately qualify.

All the other stuff is simply fluff that takes away from the reality that on Wednesday at 1:30 in the morning a majority of Republican hacks subverted democracy and finally made clear that it’s just not Milwaukee public schools that are “for sale” but the entire system (I’m sure Betsy DeVos is just giddy about the $866,000 dollar  donation to anti-public school candidates in 2014).

By expanding the “criteria” to include the forced reorganization of Madison and Racine public schools, the Joint Finance Committee made it clear—Public schools in Wisconsin are officially for sale.

What does that mean? White suburbanites are now subject to the same demeaning treatment as diverse urban populations.  Yes, by including just Madison in the school take-over debacle, the way has now been cleared to start selling off all the Shiny Happy People’s schools too.

Question.  Is this enough to finally motivate my fellow white—progressive—suburbanites to get off their arses and at a minimum fight back the school privatization movement in their own neighborhoods?  And maybe, just maybe realize that believing in social justice and fighting for it requires action that benefits our neighbors that happen to be the “least among us?”