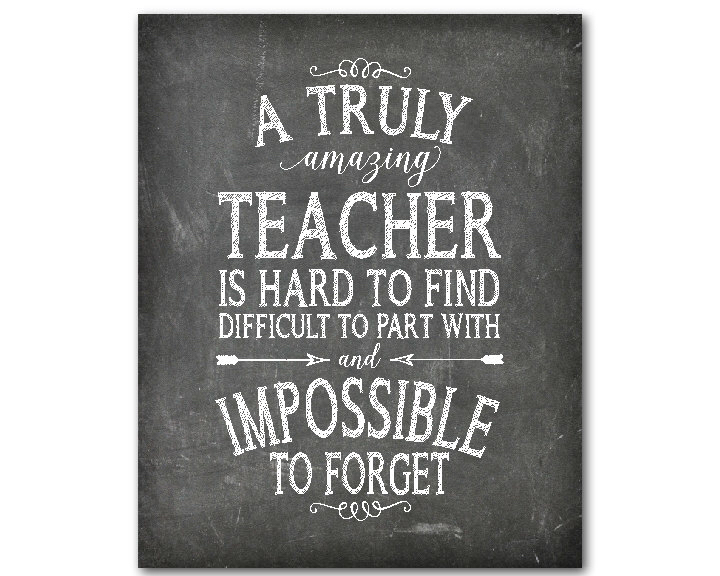 On Friday, April 27, I will be giving a speech to a ballroom crowded with 300 people, explaining what it meant to have spent the last year as 2017’s Yavapai County Overall Teacher of the Year.

It’s been quite an honor. A flag was waved over the nation’s Capitol in my honor. A declaration about my contribution to education was read on the floor of Congress. I was showered with free vacations, free tuition, and thousands of dollars in prize money. People recognize me at the grocery store.

And only about four years ago, I was fired from a teaching job. My principal then told me that, on a scale between one and four, I was a 1.5.

I wonder if he realizes his great loss.

I wonder, what do you put in a speech that will be published in the paper the next day, read by everyone in your small town, and put under a microscope by everyone who wants to squash the Arizona walk-out movement?

I have a lot to say and, for the first time, I’m in a place in my life where I am not afraid to say it out loud and sign my name to every hurtful word.

I wonder where I should begin?

I could talk about how far I’ve come. I mean, after I was fired, I wanted to give up teaching altogether and water plants at Home Depot . . . but Home Depot wouldn’t hire me. I was too broken. Too worn out, exhausted after months of 16 – 20 hour days at KIPP Austin: Academy of Arts & Letters. I’d suffered relentlessly, both at the hands of the students and at the hands of the administration. The kids stole from me, destroyed my things, and threatened me. The administration had pointed video cameras at me all day long to document and criticize everything from my handwriting on the board to my clothing. I was trying to teach messages about endurance and foster a love of learning in students that hated school and couldn’t read or write in English. I failed miserably. KIPP discarded me.

I came home to Arizona after being fired at the pleading of my family and my left-behind boyfriend. I felt lucky that anyone would want me at all, me being so tarnished and useless. My friend told me to apply at a local middle school because “they would hire anyone.” They hired me.

I gave every bit of my heart and energy and determination to those students. Now, just a few years later, I’m recognized as one of the best educators in the entire state.

That seems a little downer-y though. Don’t you think?

I could use my few minutes on the stage as a platform to speak up for the deplorable conditions of Arizona’s education system. My textbooks are 25 years old. I don’t have one desk that is not mutilated or broken. Every Post-It, pen, or pencil that I use in the classroom has been provided by myself or the generosity of my students’ families. At the beginning of the year, my classes were packed with 36 – 40 students in each one.

I have had two students try to kill themselves this year. Two of my students have moms who were murdered. I have students living in their cars and motels. My students have withdrawn from school so they can go to prison. We don’t have a social worker on campus. We DO have a school psychologist (though she is TERRIBLY overwhelmed, diagnosing learning disabilities all day and writing IEPs) and three school counselors – but their job is to make sure every student can graduate on time – not give private therapy about traumatic events. But we are having success! I build lessons and create learning with no budget and no help! My students trust me, even though I was a failure before. We rise.

But maybe this speech is not the time to bring everyone down. Maybe I should talk about something else.

I could stand on the podium and yell STRIKE, STRIKE, STRIKE! But we live in a right-to-work state and people are mad enough that teachers are willing to “abandon” their kids because we’re greedy. This is a conservative town, anyway. I should probably steer away from anything political at all.

Oh! I could thank them for the award! I could be so gracious. I could tell them that I was having the worst year of my life when they bestowed this honor on me. It’s true. I had left my fiancé a few months before and I didn’t have any money. I had to move into my parents’ home . . . at age 40. I got a second job at the golf course. I have a master’s degree, almost a decade’s worth of teaching experience, and I make about $600 a week for nine months out of the year being an English teacher. I make $500 a weekend serving beer.

So, with the golf job and the living-the-parents thing and the Teacher of the Year prize money, I think I might have enough money for a down payment on my own house for the first time in my life! That would be an awesome thing to say!

Or, it could be misinterpreted as being whiny.

All I want to convey is that I am feeling triumphant. How can I explain that four years ago, I was working so hard at doing the best I could for underprivileged kids, and my best was not good enough? How can I explain that I was not mentored – I was cast off like trash – and just a few years later, I was raised up as a community treasure? I didn’t give up, but how many other teachers have? It’s wrong.

When we teach, we help students. When we really connect and invest and help a kid, we change that kid for life. However, when we help teachers, we change hundreds and thousands of lives and you are helping that teacher change communities for GENERATIONS. Teachers are underfunded, undervalued, overworked, and overwhelmed, but there is no better job anywhere. I’m working just as hard today for my students in Prescott Valley, Arizona, as I did for the ones in Austin, Texas, and I’ll keep working for them as long as I can, whether I’m walking out of the classroom or standing in front of it.

I hope I can figure out something to say. This speech isn’t going to write itself.