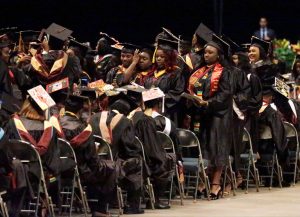 The university has been a free speech battleground reminiscent of the 1960’s. Right wing elements are trying to get a foothold in traditionally progressive territory. People like Ann Coulter and Rob Shapiro have had to cancel dates due to potential threats of violence. When important institutions like universities are not doing their job, indoctrinating and training the future work-force, young folks get out of hand. They may develop dangerous, independent ideas that clash with the traditional values of putting one’s head down and going to school to earn a living. In the 1960’s they called this a ‘crisis of democracy’. The institutional role must be restored at least by challenging the prevailing left wing culture. Youth at college campuses all over the country have been trying to fight this right wing attempt to make space for itself in the university scene, sometimes not just with words but their bodies. This is provoking a reaction from right wing forces.

University as a Cultural Battleground

The students are correct in not allowing the normalization of racist, inflammatory speech by soft core fascists of the alt right. In these times, lines have to be drawn.The Alt-right types have support in the highest levels of government. They will use the neutrality clause or warped ideas about objectivity to push back, and give backward, anti-human viewpoints such as climate change denial, creationism, or scientific racism a foothold. By introducing legislation that penalizes dissent and disruption of their attempt to propagate such ideas, they legitimize them, gives them a safe space.

According to the Chicago Tribune,  In Robin Vos’s Wisconsin bill, “Students would be entitled to a disciplinary hearing and appeals. Any student found to have interfered with someone’s free expression twice would be suspended for a semester or expelled. And anyone who feels his or her free speech rights have been violated can bring a lawsuit within a year to stop the violation”. The Goldwater Institute put this bill together to push the conservative agenda and counter the progressive lean of university campuses. The right wing is going on the offensive with similar bills being brought up in Colorado, Michigan, North Carolina and Virginia. This type of anti- free speech legislation serves as a deterrent to students, keeping them silent in the face of forces that have emboldened racists and fascists throughout the country leading to a spike in hate crimes and resurgence of overt white nationalism.

Conservatives are a strange group to be concerned with free speech at universities. Where were they when Dr. Ward Churchill and Dr. Norman Finkelstein were denied tenure? Left wing voices are cracked down on by the power structure, while these right wingers are being rejected by the student body. Their allies in power, in turn, go to bat for them. This is not a free speech issue. This is about reactionaries trying to gain influence among college students.

It is no violation of neutrality to deny a platform for non academic, non scientific ideas an equal footing as those based in reality. The problem of neutrality it that it places reactionary positions based in religion, class interests, racism and misogyny on the same level as legitimate discourse. A college campus should not give equal time to white nationalists, provocateurs and religious zealots where people are trying to learn about how the world actually works.

If successful, this bill would penalize the brave women at Bethune Cookman College that turned their backs on Betsy Devos who purported that HBCU’s are a result of school choice or that the kingdom of God can be ushered in through the use of the school system. What of the students at Notre Dame that walked out on Pence for his policies that, “have marginalized our vulnerable sisters and brothers for their religion, skin color, or sexual orientation”? These students would be penalized and shamed for their lack of civility when the problems is these universities giving latitude to people who’s positions are dangerous and unscientific.

This Wisconsin bill and others like it, is an attempt to silence the response to what is in essence a fascist program being put forth by the current presidential administration and all the racism and xenophobia that comes with them and their supporters. To effect the narrative of the nation, reactionary conservatives have to gain access to the minds of the young. The university is the place they have to carve out a niche, where the majority does not support their world view. If the republicans want to survive as a party, they need to engage with college students and they will threaten those who wish to disturb this process with suspension or expulsion. The university campus is a battleground for the minds of the youth. They are speaking loudly and they should be commended.