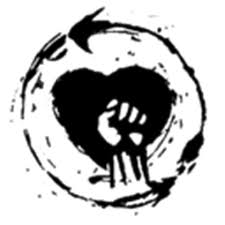 Last week I was following a few Facebook strands.  As I often do, when I find a quote that sparks me to think, I like to repost it to my Facebook page.  Typically I get a decent amount of “likes” with the occasional comment.  However, when I took Alison Hawyer McDowell’s quote below I had no idea of what would follow.

Take a read and then keep the conversation going.  Is Alison right?  Without a revolution is the teaching profession doomed?

[I]f people don’t rise up en masse there likely will not be a teaching profession as we traditionally think of it in 5-7 years. Alison Hawver McDowell

Margaret Benson Who do you want to have rise up en masse?

Alison Hawver McDowell If you have more time: https://www.youtube.com/watch?v=IvqBJYmpQrY

Don Jo I believe this to be true

Alison Hawver McDowell This is where we are headed if people don’t speak up. There really isn’t that much time. Much of the infrastructure to make this transition happen is already in place. http://www.knowledgeworks.org/…/future-ed-workforce…

Alison Hawver McDowell I am busy mapping Nellie Mae grants all over New England. This threat is very real. “Personalized” learning is not what people think. Tim Slekar-You’re in WI, right? What’s the deal with the CESU-1 Innovative Learning Program? It’s right near Waukesha where Walker made his “let’s end seat time” speach the other day, right?

Margaret Benson But how do you reach them (us) all? Most parents don’t understand what is going on until it is too late. They put up with a lot of bs because their kid is happy and seems to be doing well. They may not even go to PTA meetings. Come to think of it, the PTA is mostly about bake sales, and mickey mouse stuff. Why would anyone go to a PTA meeting? School Board members sometimes get it, but the rest of the public? Not so much.

Alison Hawver McDowell I don’t know. Some think it’s already over. I haven’t gotten there yet, but I’m not hopeful.

Tim Slekar Literally knock on doors of our neighbors and talk to them!
Alison Hawver McDowell Share information. Take it to the school boards. My friend Alice in TX has been at every public forum there is. And this issue cuts across political lines. If we want to have schools instead of digital ed drop in centers, we need to get cracking.
Alison Hawver McDowell There are tech bonds coming up all over the country. The “seat time” waiver started in WI, but that’s going to start appearing other places, too. We need to learn the warning signs and ask questions and try to slow it down.
Alison Hawver McDowell Ask these questions: https://wrenchinthegears.com/…/digital-curriculum…/
Cheryl Ann · and itʻs not just parents, neighbors Itʻs our colleagues too who accept and continue. Some see and do this.. others need help to see and stop. At my old school, the teachers have bought the digital curriculum hook, line and sinker and sold it to parents as the reason why the school excels. Itʻs a tough road to be one of a few in a building who see the demise, talk about it and get ostracized or ignored. BUT we must continue and Alison Hawver McDowell has given us so many great tools to share.

Alison Hawver McDowell The reformers have pushed out veteran teachers and brought in so many new ones that only know teaching via data dashboard. Plus they are providing incentives and fellowships for “teacher leaders” to be trained in these systems and bring them back to their districts. That is what happened in RI. Nellie Mae has different categories of grants. Convince the public; convince/train the teachers, convince the students, get into the districts, create the new system, acquire the back up research to support it all. They are darn thorough.

Cheryl Ann  Alison Hawver McDowell That they are.. Google has pretty much run of the roost here in the DOE.

Bridget Heffernan Mendel I’ve shared the info to many here in FL.its not getting through. We need more prominent people to speak out. The heads of education colleges and universities would help. Pediatricians must be out in the media speaking out, not just publishing in journals. We need face time from these people. My word means little. When I hear a parent say, I don’t want my kid to feel left out or different. I don’t want my kid tested badly by teachers or admin by refusing iReady, then I know I’m getting nowhere with that parent.

Khem Irby If the Teachers in the PTA would use it to advocate it will change the organization. A teacher is leading the national now. We need a parent leading and teachers supporting those parents not leading.

Alison Hawver McDowell The PTA is pushing CCSS. They need CCSS to push the digitization of education. That was the whole point.

Khem Irby But we all must be willing to work on our local organizations. Change will not come from the top until it changes.

Alison Hawver McDowell Very few people realize the end game. That is the problem. People are being intentionally distracted and organizing around the wrong things; things that won’t actually stop this digital / learning ecosystem transition. That is why I am so frustrated.

Alison Hawver McDowell THIS is what it’s all about: https://www.c-span.org/video/…

Michael Elliot Do you know why parents don’t get it? And why people aren’t “rising up”. That may be the most important question to ask.

Cheryl Ann ·My answer: Not sure but it seems to me that this whole thing is about “look at what my kid can do on a computer” which was so unlike what the parents and grandparents could do. It became an easy sell to those in the wings to bring it in to schools. Add a bit of teacher/union bashing and it was/is the perfect environment. imho

Alison Hawver McDowell “personalization” “individual pathways” so much American exceptionalism, everyone at the center of their own universe

Cheryl Ann ·Alison Hawver McDowell and the connections between the systems and these pathways have become so clouded with so much intermingling that itʻs hard to tell who is the wolf leading the sheep.

Michael Elliot If you’re desperately trying to open a door and you keep putting the key on the lock but it doesn’t work, or you try to bash it in but it doesn’t break, at a certain point in time you have to say to yourself, this isn’t going to work. Time is running out and you have to try something different

Alison Hawver McDowell And….that’s why some are saying it’s over. Give up, wait for the destruction, and plan on building a new version of education. But that will entail the end of the teaching profession. And some might be able to carve out intentional communities of progressive, humane educational practice but that’s not what most kids are going to get. It’s just not. And are we going to make that sacrifice? And if we head that way are we that much different from Vander Ark and DeVos? This is something I’m really struggling with right now.

Michael Elliot No one is saying give up…. the message, the information, the vision, the concept the fight, is right..!!!! the question is, how do you get people to focus, to wake up, to take an active part? I dont have the answer. All i know is that the key isnt working, and the door is barred shut, we have to go around the back or through the window or down the damn chimney if need be. Giving up, is not an option.

Cynthia Allen Parents don’t “get it” because they trust the system. They trust that what is happening in our schools is best for their children because “why would anyone do something harmful to my kids?” They just don’t believe us “crazy” folks out here telling them otherwise. They also don’t research anything on their own or take ownership in the process.

Dave Greene And most don’t really know good teaching. The movements many are for have to do only with ending testing.

Cindy HamiltonThis is a FL educator.

Victoria M. YoungYou parents need to fight back with some pointed questions whose answers would make your case. Plus, recognize and call out propaganda. This teacher is using an artificial dichotomy —- just like was done with Common Core and high-stakes testing (all or none are the only two choices). I just updated this blog http://wp.me/p2I0Ww-h1with a quick reference to a list of propaganda techniques. Hope this helps in the battles to come.
_______________________________________________________________
Ruth Powers This time we cannot afford infighting. The stakes are too high. Solidarity in support of public education, unionized teachers, and teacher education that is based on principles of equity (not just techniques and strategies) must be the ONLY priority. Yes we are human and flawed. But we can’t give in to it. Not now.
Tim Slekar http://educationdeans.org/
Victoria M. Young I’d suggest listing the deans by geographic regions in the US to make it easier for parent and citizen organizers to reach out to those closest to them to build regional coalitions.
Victoria M. Young Unfortunately, Ruth Powers it was just infighting (there really wasn’t much of that in the original SOS organizing committee). It was having a movement be taken over and controlled by organizations. It was a political power play that resulted in diverting the movement to follow leaders that then betrayed the movements original focus…..It wasn’t simple infighting. It was much more destructive than that.
Michael Elliot Is there an example of a great sustained movement where power and greed didn’t supplant the original intentions?
Victoria M. Young The American Revolution – one of the few successful revolutions.
Michael Elliot that may be revisionist history…. we’re living in it and if you think this is the first time its been dominated by money and special interests you’d be wrong
Victoria M. Young I keyed in on the words “original intentions.” I think they succeeded. A movement was sustained that gave birth to our sovereign nation. After that, I think becoming a republic was a wise decision. Have we allowed corruption to get out of hand periodically? You bet. And getting back to our foundation might very well be what sets this mess right.
Khem Irby I only wonder what teachers and administrators are afraid of. The schools that are testing high are not concerned about the rest. That is the biggest obstacle. Until they realize what happens to one school and one child we cannot defeat this attack on public education.
Ruth Powers Not all teachers and administrators. It requires courage to put your job on the line, but many are doing it. We need to build on those. 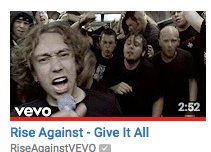