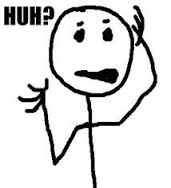 I was listening to a satellite radio show today called HARDTalk where the host and the guest, Jason Furman (an economic advisor for the Obama administration), discussed how the recent election was “tapping into the gut” of the American white working class. This has been a topic of hot debate since November 9th.  However, writer and scholar/educator Paul Thomas explains, “Both sets of exit data from CBS and NYT, then, suggest that Trump’s support has more to do with race than disgruntled working class whites being ignored and disenfranchised.”

He goes on to say that, “mainstream media has its argument backward because Trumplandia confirms that white America has abandoned commitments to equity for all—not that any political party or the U.S. government has abandoned white America …The problem with the hurting working/middle class white argument is that this is racially inequitable America.” I think Thomas makes a compelling argument worth a careful reading.

Still, in this blog post I want to consider the following question: “What role does the psychology of white male privilege play in affecting our cultural landscape?” How can we ascertain what this might mean given a Trump presidency? I write this as a white woman acknowledging my own racial and economic privilege but who empathizes by way of gender inequality. I am also married to a working class white male (college drop-out plumber raised by a single mom in Scranton PA)…the demographic about whom this blog is written. So I am not a working class white male, but I do live among them. And I have been listening to them every day of my life. I ran these ideas by my husband. He says “You are reading too much into this. Most guys like me aren’t thinking about this that deeply or deliberately.” So maybe its unconscious. Maybe I am being too abstract. But I welcome responses from other working class white males to my thoughts here.

In the last few decades a cultural shift has been occurring (i.e. a shifting of demographics in the United States) and I wonder to what extent Trump’s election the result of racial backlash.  What has happened to working class whites as policies of civil rights, equity and multicultural considerations have taken effect, is that working class whites are no longer the special snowflakes they once were. The invisibility of privilege which granted a certain level of advantage and opportunity to white males (working class) over their counterparts (women and POC) has been eroded via affirmative action and other efforts. As a result, working class white males (WWMs) really are in the pool of “meritocracy” with the rest of us. Many of them fail to consider that rather than assuming they were passed over for a job simply because the other candidate was a woman, that maybe for a change the woman (who was and is more qualified) for a change isn’t being passed over in favor of them simply because they are white males. (Although the election would suggest that still happens).

Secondly, it must be difficult for WWM to realize that (since the 1980’s deregulatory neoliberal push) they are now seated in the same side of the cafeteria as those who have been historically oppressed or marginalized for centuries. The WWM has been rejected by its progenitor, the wealthy white male.

Rather than blame his progenitors who are the ones who crafted the neoliberal economic policies which have left the working class now struggling more than ever, feeling left out and marginalized they blame their oppressed and marginalized peers like immigrants (legal or otherwise).  As Groucho Marx once said, “I don’t want to belong to any club that would have me as a member.”

How else do we explain the phenomenon of WWMs waving Confederate flags, heralding an era in which their fellow humans were enslaved, and in which the white wealthy landowning males made everyone else (including poor whites) subservient. Why the need to root for the one who dominates you rather than in solidarity with those with whom who share your struggles? Many of them are now getting a small sample of the marginalization and struggle that Latino and African American, Indigenous people, women, and the LGBTQ communities have been living since this country’s inception. I will never lump white working class males into one generic “type” but…I will boldly assume that Confederate flag waving Trump voters are concerned about making things better for themselves, but little concern for making things better for everyone. In fact, if their flag is any indication, they believe that their personal gain can and should come at the expense of others. Just so long as it’s not at their expense.

Is it the angst of the working class white male to realize he is not who he wishes to be? Is it simple denial? Maybe WWM are angry that they too have been rejected by the ones they so greatly aspired to resemble. They are new to this anger and this sense of rejection (are even shocked by it) and perhaps refuse solace and solidarity with those who have experienced such deep anger and rejection for generations (welcome to our club).

Rather, by voting for Trump they hope to get back into the “inner circle” of the privileged wealthy white male club. By voting for Trump, many working class white males both hoped to re-elevate themselves up a notch above the fray of the rest of us, reinstating privilege disguised as meritorious “boot straps” to re-imagine a sense of manufactured superiority. It is also a conscious or unconscious hope that in voting for Trump they are somehow “like” Trump-made in his “image.” The problem is that as colonization and corporate imperialism continues to grow it can longer simply feed off the sweat and labor and capital of black and brown and indigenous peoples. Its empire is expanding. It needs more. So the white working class were next for the cannon fodder.

They too have been cast out of Eden. Welcome to Thunderdome, dude.

Maybe they are hoping that by pleasing the “master” they will be returned to his good graces. Anyone want to break the news to them? It ain’t gonna happen. Get in line. But the WWM are still ahead of a lot of other people. Thomas reminds us:

“The ultimate problem with the suffering working and middle class white argument for Trump’s rise is twofold: (1) white suffering may exist, but by comparison to black/brown suffering and gender suffering, white suffering remains relatively less significant, and (2) if whites are hurting, that fact should have spurred solidarity with historically marginalized groups, not the antagonism being heard from white America.”

In other words, the suffering of the white working class is real and their issues demand address and their voices should be heard. And yes, those of us on the left need to deeply examine how it is we have disconnected from them and why so many of them seek solace from oppressors rather than to stand in solidarity with those who struggle beside them.

However, I believe the issue is not a disconnect of economic realities but of a psychology of culture and understanding how their own self-images have been deeply wounded. But they have to come to terms with their reality as it is, not as they wish to perceive it, as well.  How do we reach out to any group of marginalized peoples who blame, resent or even revile OTHER marginalized and oppressed peoples as being the cause for their own problems? WWM must acknowledge that the people who left them disenfranchised are not the people advocating for equity and fairness for the rest of us. It’s not the Black Lives Matter folks, or the immigrants from Mexico or Syria, or women of all races who caused their downfall…Yes, we need to reach out to working class males differently and better than we have so far. But first they too need to stop viewing the “Other” as the enemies and the real enemy as the hero.

Some of this takes the ownership by others and myself included, white liberals (even the more radical of us, sometimes)–our shock and disbelief that WWM could have voted someone who clearly does not and will not serve their interests-and self reflect on where we have failed to act upon the deeper racist and authoritarian climate of this country (and increasingly our world) that allowed someone like Trump to achieve his current status. Where have I, or we, like the WWM I critique here, engaged in our own levels of denial and complicity in policies whether they be environmental, educational, economic, or social. Let’s be honest…how many of us use everyday goods and services that have been produced at the expense of others? And how often to try and ignore that rather than do something about it?

Addressing these truths about the reality of things requires all of us. Until that happens, we will be left to struggle.