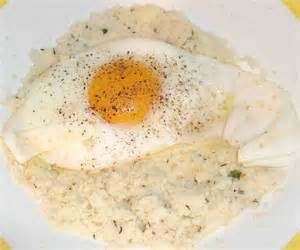 HOW RACIST IS GRIT? READ ON

These “new” tech-driven assessments are grounded in the SAME research developed by the SAME authors who created standardized testing in the early 1900’s. Many of us know by now the narrative of “grit” promulgated by Angela Duckworth has its scholarly roots in the Eugenics movement, as is documented by Duckworth’s own reliance on the work of Sir Galton as defense for her theory. Many have exposed Galton for what he was: A Eugenicist.

In other words, “the new eugenics will make great use of the identification and prediction powers of dataveillance to cull the ‘invalids’ from the herd, perhaps even before they exhibit any “invalid” traits.”

There’s more down this rabbit hole to explore around grit, eugenics and artificial intelligence. So let’s go:

Despite his direct and profound relationship to the eugenics movement and his recognition by the Nazi Party for the birth of The Beyondists, his work is benignly promoted in scholarly circles.

“Beyondism is based on the hypothetical premise that evolution of groups, like individuals, is based on ‘survival of the fittest’ … Cattell entertains controversial speculations about natural selection based not only on the separation of groups but also the restriction of “external” assistance to “failing” groups from “successful” ones, and by arguing for “survival of the fittest” through “educational and voluntary birth control measures”

Hence, the evaluation of “grit” and the reliance on Cattell and Galton’s work in the development of evaluation systems for non-cognitive behaviors, using psychometric devices, computer-based teaching and learning, and game-based theories becomes EUGENICS FOR THE 21ST CENTURY –brought to you by the Eugenicists of the 20th century.

And yet, Cattell is regaled in Western culture for his so called notable contributions to the field of intelligence assessment (IQ and personality work). This should not come as a surprise given this is our same culture that still celebrates other notable racists of the slave trade (Columbus) and defends colonization/imperialism. But the fact that he is professionally legitimized does not make him any less the racist he was. And his contributions toward racist practices live on. He has two notable theories of personality development and measurement entitled The Big Five Theory and the Sixteen Personality Factor Questionnaire (16PF). Both are used widely by schools and other institutions internationally. Even Wikipedia cites Cattell’s framework in its very definition of GRIT:

“The grit measure has been compared to the Big Five personality model, which are a group of broad personality dimensions consisting of openness to experience, conscientiousness, extraversion, agreeableness, and neuroticism.”

The Bill and Melinda Gates also have an investment in using Cattell’s “16 traits” model. Meet KORU7:

Josh is Co-founder and Chief Learning Officer of Koru, a start-up revolutionizing the college recruiting process through data-driven assessments and learning science. Prior to Koru, Josh was Deputy Director of Postsecondary Success at the Bill & Melinda Gates Foundation. Josh led the Next Generation Models portfolio, which increased low-income student success and improved affordability through learning innovations and technologies. Investments areas include interactive courseware and tools, diagnostic assessments, integrated planning and advising systems, and competency-based learning. Earlier in his career, Josh served as a consultant at McKinsey & Company,

The Brookings Institute is also a huge fan of Cattell:

“The taxonomy of personality traits began to come together with the mid-century efforts by Raymond Cattell to isolate unique personality factors (he claimed to have found 16) using a statistical technique called factor analysis. Progress along this empirical pathway accelerated dramatically in sophistication and replicability of results as later researchers took advantage of advances in computing power and larger datasets.”

In fact, I researched many notable far right conservative think tanks like The Heritage Foundation….many of whom advocate for the use of personality measures for non-cognitive personality traits such as “grit” using Cattell and Galton’s theories. Fox news reporter Eric Bolling goes so far as to blame The Left for our societal failure to embrace grit! (So much for the far right theory that the Left are the ones pushing for “grit”)

“Thanks to radical leftists, the liberal media, and collectivist stalwarts teaching our kids at all educational levels, “grit” is no longer considered an essential component of success—or of the American character.”

Grit is perseverance and passion for long-term goals (Duckworth, Peterson, Mathews, & Kelly, 2007). This implies that an individual continues with what s/he starts. But in the context of the current study, while entrepreneurs exhibit a continued commitment to their firm, they maintain their level of openness to new sources of information, ideas, and resources. The entrepreneur’s level of grit may influence the firm performance outcomes.

The research has the potential to advance the entrepreneurship field’s understanding of a dimension within a less frequently studied broad taxonomy, the Five Factor Model of personality, by getting an in-depth look at which openness to experience facets are driving the relationship. Further, this dissertation will extend the theoretical domain of a relatively new non-cognitive trait: grit, and assess it empirically in entrepreneurial settings.

Why? Because the Beyondists, who were far right White Supremacists saw eugenics and “science” as the pathway toward spiritual evolution. It’s a version of the Protestant Ethics on steroids. The Protestant Ethic IS the Five Factors.

“The theological expression of eugenics is called Beyondism, a term coined by world-renowned psychologist Raymond B. Cattell … Beyondism teaches that the brightest and wealthiest should inherit the earth; anything less leads to the survival of the unfit and the demise of civilization … Dr. Cattell explained to an audience of leading American psychologists that “much of mankind is obsolete… What we are finding is we don’t have the brains to understand” our problems and “the only real advance in science… is going to occur through breeding for brain size…” (Human Cognitive Abilities Conference, hosted by Jack McArdle, University of Virginia, Charlottesville, Sept. 22-24, 1994).”

Grit has also gone international. The Asia Society even refers to Cattell’s work as the “Rosetta Stone” for non-cognitive skills.

GRIT IS DIRECTLY INTERTWINED WITH THE NEO-LIBERAL FREE MARKET PARADIGM.

The Heritage Foundation explains it this way:

“Several factors help to explain why some individuals and households move up the economic ladder and some do not. We can think of them as forms of ‘capital.’

This is Raymond Cattell’s philosophy. It is “science” to support free market religion. Cited at Southern Poverty Law Center, in his own words, Cattell states:

“Eventually only the second race will inherit the group advantages acquired largely by the first racial compound. Then like a huge parasite which has devoured its host, will the nation be bereft of all the qualities that gave it power, remain a monstrous frustration of evolution, a biological abortion able in virtue of its inherited wealth, to do untold damage to neighboring races naturally more capable.”

“By making work seem more like leisure time, gamification and corporate training games serve as a mechanism for solving a range of problems and, significantly, of increasing productivity…. Relying on measurement and observation as a mechanism to collapse the domains of labour and leisure for the benefit of businesses (rather than for the benefit or fulfilment of workers), gamification potentially subjugates all time into productive time, even as business leaders use games to mask all labour as something to be enjoyed, (where in essence); the agency of individuals – whether worker or player – becomes subject to the rationalized nature of production.” From “Taylorism 2.0: Gamification, Scientific Management and the Capitalist Appropriation of Play.

What’s different now from when Cattell was working (first half of the 20th century) is that his work is being applied toward uses with artificial intelligence. Game theories of learning and artificial intelligence have become processes by which Beyondism makes its next steps into what is called Simulated Evolution.

Artificial intelligence as evolution. Survival of the fittest by gaming involving the use of Darwinian principles for automated problem solving (which) originated in the 1950s.

The Simulated Evolution project’s BEAGLE software (Biological Experiments in Adaptation, Genetics, Learning and Evolution) is specifically designed for learning evolution in both school and non-school settings. BEAGLE consists of a suite of NetLogo models and supporting materials designed to facilitate inquiry, teaching and learning of concepts and phenomena related to evolution, adaptation, and natural and artificial selection. BEAGLE models let participants open simulations and “play” with them, exploring their behavior under various conditions. The user interface is intuitive enabling students and teachers to easily run simulations and conduct experiments in the virtual evolution laboratory.

Next Step: Pushing Back

Fear and anger won’t suffice as responses to this. Nor will apathy or resignation.

There are many ways that parents, teachers, students and community members can push back. Read Peggy Robertson and Alison McDowell for more on how to resist.