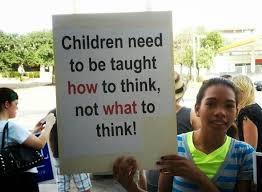 The social fibers in our society seem to be unraveling and the ruling class is scrambling to keep it together, as they fight over how to handle gaping social conditions. Historically oppressed minorities and immigrant groups are reminded daily how little they are valued by this society. We are in the midst of a system of mass incarceration and a scourge of unaccountable police murder and brutality, viewed online like the public executions of the past; cities across the country are seeing rebellions and riots. Refugees flee their homelands to come to America, the very place responsible for the policies that forced them to leave in the first place are rejected and sent back callously. If not, they are forced to eek out an existence in the shadows of society as family bonds are fractured and relatives are deported. The numbers of homeless are swelling as tent cities of mentally ill, drug addicted and struggling people, dot the urban landscape.  This is the richest, most powerful country in the world with a wealth gap that is beginning to mirror that of the underdeveloped world.

As a society, we have no answers to these problems. As educators, with access to the future of this nation, what has been our response? Since we as, teachers are generally regarded as ideological custodians of the system, largely, it has been as tools in the reproduction of the status quo. In recent decades, we have seen an attempt to separate from that tradition with Social Justice education. Social justice education is a means to encourage students to analyze the world and see their place in it as an agent of change for a more just world. What does a social justice framework mean?

Cal State Channel Islands school of Education website says,“According to Marilyn Cochran-Smith, a leading scholar in education, a social justice framework is one that “actively address[es] the dynamics of oppression, privilege, and isms, [and recognizes] that society is the product of historically rooted, institutionally sanctioned stratification along socially constructed group lines that include race, class, gender, sexual orientation, and ability [among others].  Working for social justice in education means guiding students [and often being guided by students] in critical self-reflection of their socialization into this matrix of unequal relationships and its implications, analysis of the mechanisms of oppression, and the ability to challenge these hierarchies.”

Social justice education in my understanding, borrows primarily from Paolo Freire’s “conscientizacao” or raising of consciousness, central to critical pedagogy. Critical pedagogy is defined by Wikipedia as, “a teaching approach inspired by Marxist critical theory and other radical philosophies, which attempts to help students question and challenge posited “domination,” and to undermine the beliefs and practices that are alleged to dominate”.

The point is to join students in recognizing and acting to change material social conditions facing the oppressed. The consciousness being promoted by Freire is in part, class consciousness. This is what is missing from most of the social justice inheritors of Freire’s legacy, a thorough analysis of capitalism and its role in promoting the inequality that we encourage students to challenge.

Social justice education should not simply be bourgeois, liberal identity politics. As a social studies teacher, it is important to view history and society from the vantage points of historically disadvantaged groups like women, ethnic minorities, LGBTQ people etc. This is why the movement for ethnic studies is positive. However, in all the talk about safe spaces and micro-agressions that seem to be popular today, we may be missing the macro-agression of class oppression. We forget that the gripes associates with all these oppressed groups stems from a capitalist superstructure.

The Need for Class Consciousness

With all of our great intentions we run the risk of giving our youth a fractured view of the world and the workings of class oppression. Aside from teaching the youth to view the world from their own social station as minorities, women or LGBTQ, etc. we should also draw lessons from what these groups have in common as “oppressed people” and about class struggle.

I work in the most depressed neighborhood of our local community and all my students think they are middle class. Of course most are not. The more astute of my students recognize that racial and gender discrimination exist. They do not recognize how this is linked to capitalism or their role at the bottom of it. There cannot be a real grassroots movement to empower the poor among the youth if they all think they are middle class. This society teaches them that poverty stems from character flaws instead of the nature of the system. As a result, they do not want to identify with being poor. They do not wish to carry the flag or the social burden of being lower class.

As educators, we should not want our students to analyze the symptoms of the capitalism as separate and unrelated, oppression of blacks over here, women over here, etc. They must be encouraged to question the legitimacy of the entire system, not just the way it affects particular groups. We are afraid to deal with the topic of class struggle unless we’re referring to the a struggle for poor folks to get into the middle class. Never is it discussed as a social dynamic, complete with power relations and consequences that affect their lives. They have been taught in school that this system works like a referee, fair and consistent, rewarding those who work hard, not as a tool of the ruling class to protect their interests.

What we do not recognize is that inequality is in the fundamental nature of this system. We treat inequality as if it were some type of mistake. The official view of history posits that overall, the system works, but there are some kinks in it. America is trying to live up to their claims of equality in the declaration of independence, but there is just some historical baggage there and the people just need to participate more to help America get over the historical humps of white supremacy, class oppression and sexism. On the contrary, such inequality and oppression comes from conscious policy in the interests of the ruling class, not bad laws or voter apathy.

We are seeing a push for Ethnic Studies in high school curriculum. This is a positive development, but what must be addressed is the tendency for such courses to fragment history and view it from a single perspective which can encourage isolated identity politics instead of solidarity. Of course there is value in analyzing history from a particular ethnic standpoint, but within an overall critical, historical analysis that transcends any particular historical narrative.

What is important in history, be it ethnic studies or not, is a historic, systemic analysis of governing institutions and class dynamics. This can highlight how the system actually perpetuates inequality and needs it to survive. The system itself is the problem, it needs dismantling, not fixing. It is built on inequality. Critical pedagogy recognizes the dialectical relationship between the subjective and the objective. We need to see how the system operates wholly, along with the perspective of any particular group.

At best identity politics and similar manifestations mitigate the effects of this system on one’s own people. The legitimacy of the system itself must be challenged outright. It is too big and complex to challenge from such a narrow perspective. My position is not that ethnic studies and identity politics are harmful or unnecessary. My point is that we need more. We need these perspectives to supplement a well rounded analysis of the system towards the people in general. Any understanding of the workings of a complex system needs to be understood from the outside in, not the inside out. One cannot understand the body by looking only at the liver and its relationship to the rest of the body; one has to study the workings of the body as a whole and then focus on a particular area.

If critical pedagogy matters, it should be a radical thrust in education to foster solidarity, not just liberal identity politics, we have plenty of that. Freire’s work was part of a larger social movement to challenge the status quo, not just fit in it, or make it work better for us, or make its effects less severe on a particular group. Though not openly advocated, his philosophy has the potential to sow the seeds of rebellion. This is a line that we cannot be afraid of if we want to raise consciousness, if we want to change the world.

We cannot water it down. In my experience, it seems as though Social Justice education is an attempt to engage in critical pedagogy without the attachment to radical tradition. He writes about the relationship between the people and the operations of the system as being dialectical. We must see our society from the ground level as well as from a bird’s eye view and how the viewpoints are related.