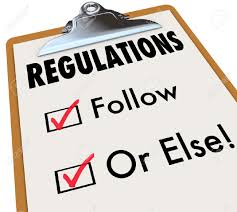 Back in Denver after 29 days MIA and finally back in the saddle. So it appears during my hiatus they finally released the 192 pages of ESSA regulations.

Damn that ESSA opportunity that just keeps on giving. And the same old players are quoted saying the same old crap while ESSA takes the lead in privatizing public schools and destroying our profession.

Randi Weingarten is supposedly concerned about the proposed regulations. And Fairtest continues to be the “go to” for commentary regarding ESSA. What we need to understand is that the unfortunate result will be the maintaining of the status quo.  They want the public to continue to think something is happening that favors the public—the common good. There ain’t nothing happening!

I was on the War Report radio show during my hiatus in MO and more or less unleashed my wrath on this BS about the opt out glory days, ESSA, and the unions. Hey, I was cooped up in MO for 29 days so it’s probably a good thing I had a minute to explode versus implode. But this is the deal. Opt Out is child’s play – pure child’s play compared to what ESSA has unleashed – not sure you can remember what child’s play looks like these days, but I can assure you it was much easier and carefree compared to where we are headed with the wrath of ESSA .

Now all of a sudden everybody and their mother loves opt out. They f$%&ing love it— for good reason—because they know that opt out alone will be the perfect ploy to distract everyone from the venom ESSA is just dying to spew very very soon. If you put your cards in opt out alone expect to lose and lose fast – ESSA has the royal flush.

So once again, when someone says ESSA is an  “opportunity” know that this person is brainwashed or somehow benefiting from ESSA. Also, when someone is quoted in an article about ESSA and they spew a lot of words that say absolutely nothing. You can come to the same conclusion.

There’s money to be made off of commiserating around ESSA while pretending to support it, not support it, understand it, reason with it, while spitting weak words that pretend to have some sort of fake influence in shaping it to meet the needs of children and our society—there’s a helluva lot of status, money, and ego stroking to be made off of parading those peacock feathers. Strut baby strut. And we’ll keep calling it out.

I wonder what it will take to tear down ESSA. A revolution perhaps? Not sure the masses are ready for it to be quite honest. Too much damn hero worshiping and vying for a spot at the ESSA table right now. When it comes crashing down maybe then…maybe. Let’s hope sooner than later.

We have a brief moment to make our move. Very brief. And there’s no easy answer to taking down ESSA other than full-on revolt to its mandates. Refuse online curriculum. Refuse the tests – ALL OF THEM.

Demand to see the resumes of the principal and teachers in your school before you get sucked into a leadership that lacks educational experience and degrees – understand that Relay-type schools will be the new normal.

Demand to know the professional development occurring at your child’s school. And watch the hell out for “family engagement”—it’s called brainwashing via ESSA. Online daily learning and testing (CBE) via non-educators and charter chains (think Uncommon Schools) is headed your way thanks to ESSA – and they’ll spent lots of cash to engage the families to make sure they love it – I’m sure they have a damn script for that. Probably written by some 30 year old dean of a fake Relay graduate school.

You can’t make this shit up.