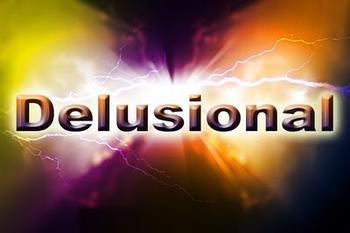 Since the passage of the new Elementary and Secondary Education Act (Every Student Succeeds Act)—pundits are either confused or simply just acting out their part in this never ending nightmare.

Being a “leftist” I typically don’t read The Pulse 2016.  However a short post from The Pulse was sent my way this morning. And so instead of ignoring this right wing propaganda I read Emmett McGroarty‘s attempt to frame ESSA as a “progressive” victory for Obama and a piece of “leftist” legislation that BAD republicans passed and thereby “betrayed” conservatives.

If conservative pundits continue to believe that education policy in the United States is being driven by some progressive ideology that John Dewey set in motion in the early 20th century—an ideology supposedly embraced by Obama and Duncan) a true understanding of what’s really happening will be forever out of reach.

As my friend Paul Thomas pointed out this morning, “the evidence is overwhelming that U.S. public education committed in the first decades of the 1900s to efficiency and core knowledge, and schools have been governed within those ideologies (traditional, conservative) unto this day.”

However, I more convinced than ever that this silly discussion of whether progressive education policies or conservative values are embedded in public schooling keeps us in a delusion.  This delusion—where champions of progressivism and champions of conservatism are engaged in a battle for the soul of American public schools—purposely blinds citizens to the neo-liberal and neo-conservative dismantling of traditional public education.

In other words, our children, families and public schools are being fleeced by BIG GOVERNMENT in cooperation with BIG BUSINESS.  The “standards movement” is  and always has been about creating markets that serve education entrepreneurs and legislate around the clock surveillance.  Believing that ESSA is a “progressive” victory blinds us.  As Alfie Kohn recently said, ESSA may have well be called “the Eternal Standardization of Schooling Act.”

In conclusion, there is no left or right, progressive or conservative education policy about to be enacted with the passage of ESSA.

I encourage Emmett McGroaty to try thinking beyond the left right dichotomy. And as I said in my response to his post,

One big problem with this post.  Obama and Duncan are not progressives ushering in a new wave of “leftist” reforms.  Stop imagining that education policy is easily divided into progressive and conservative positions.  Education policy in the US has been “corporatist, neo-liberal and neo conservative” for the last thirty years.  There is nothing progressive about test and punish and mandatory and standardized curriculum (common core).  This is BIG GOVERNMENT—repubs and dems—maintaining control of a valuable market and entrenching a surveillance system.  The betrayal is not repubs that went along with a “leftist” education agenda.  The betrayal is that the overwhelming support in the house and senate had nothing to do with education philosophy and everything to do with maintaining control.

Our ruling class is celebrating the victory as “we” remain stuck in a left right delusion.