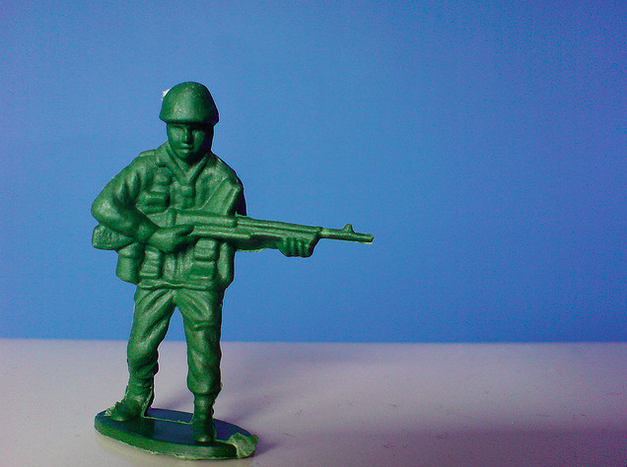 The attack was beautifully planned and enormously effective.  The War on Teachers was launched simultaneously on three separate fronts. Veteran teachers were pushed into early retirement. Seasoned teachers were blamed for the achievement gap and relentlessly lashed for not fixing it. Anyone thinking of becoming a teacher simply watched the fist two attacks and ran for cover.

In fact here is what I said last week on a Sunday morning news talk show.

What do you think?  Recession or War?  Well here is what one person thought of the television interview.

I just want to commend you for your commentary last Sunday per teacher shortages and some of the reasons behind it.  You did a great job, and it amazes me that people are not more concerned about the great teachers leaving early with far fewer (and passionate) young candidates coming in to replace them.

I am now an assistant professor at National Louis University having retired from Fort Atkinson in 2013 after being superintendent there for 14 years.  I now see in my Ed. Leadership classes teachers and principals who just seem overwhelmed by the onslaught of demands upon them via Educator Effectiveness or political and sometimes DPI mandates (I have come to think that we embraced Race to the Top without knowing it was just as oppressive to teachers and administrators as NCLB).  That standardized testing to your point is not used well in schools, and hardly indicate what really is happening with the entire teaching and learning process is a very disturbing reality at present.

I think local communities do on surface seem to respect their teachers and in many communities will now pass operational referendums to maintain services, but deep down they really do not respect that teachers ought to be compensated all that well or comparably with other professionals–and that is sad.  There would not be a referendum in this state that could pass if you were to target it to attract and affirm teachers with a more respectable wage.  They pass them only because they want the programs to remain in place for kids, and even the most conservative people are now realizing (in many districts) that the revenue limits remaining unchanged results in a reduction of programs and services, so they vote yes, but it is not an affirming vote for educator compensation, in fact many still resent that health coverage for educators even after Act 10 remains pretty good.

I really believe you are RIGHT that ideologically people entered teaching understanding that they would never become rich, but they did believe they could afford a house, support a family, and maybe take a modest vacation.  The blame and villainizing just seem to catch fire the last 20 years.  That autonomy you spoke of that is now lost I think above all else is why people are leaving the profession.

In working with my potential principals and superintendents, I stress AFFIRMATION of teachers and staff as the one thing they can really do in their practice that can bolster teacher spirits–in the final analysis, I think teachers today need someone who is IN THEIR CORNER.  And on this show and others I have seen you appear, you are one of the very few who gets out there and tells it like it really is championing those who remain committed to making a difference and staying in the profession–so well done Tim.

A simple supply and demand economic explanation for the “teacher shortage?”  I don’t think so!