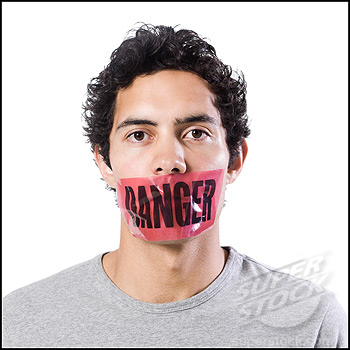 No not that one.

At this point in time we don’t have a dictator. So scratch that.

However, we are witnessing the “suppression of opposition and criticism.”  How and where you ask?  Since the passage of Act 10 and now the dismantling of tenure at the University of Wisconsin system, the attack on free thought, open inquiry, the freedom to teach, and most importantly the freedom to learn has been relentless.

But Act 10 was passed to save the tax payers money and dismantling tenure will allow the UW administrators to create efficiencies, right?

No! Act 10 and dismantling tenure have nothing to do with saving money or creating efficiencies.  These little nuggets were used to dupe citizens and please oligarchic donors.  Sure there are some complexities in the execution of Act 10 and changing the rules governing tenure, but those are minor distractions.  The passage and full execution of each of these policies deny the citizens and educators of the state the right to engage in the honest exchange of ideas—real teaching and learning!

What we are witnessing in Wisconsin is a blatant, well financed, and continued attack on academic freedom. And for those that think that academic freedom means that any teacher or professor can teach whatever the hell they want in a “guaranteed job for life” it is time to step away from Representative Robin Vos.  This man has demonstrated time and time again that deep cognition, reflection, contemplation—critical thought—are unattainable attributes.  In fact, if you think about it, it is precisely each of those attributes that Vos (and the rest of the pseudo-conservative clown car) want eliminated.

See that’s what academic freedom really is.  It’s the unfettered ability to ask questions, think deeply, and critically understand the world and society.  And that scares the hell out of people like Representative Vos and their oligarchic donors.  Knowledge is sometimes subversive.  Knowledge can upset the balance of power. Knowledge can reveal chicanery.  The pursuit of knowledge nurtures and encourages relationships between teachers and learners and those relationships can change the world.

Act 10 and dismantling tenure are simply “fascist” like attacks on the ability of humans to freely learn and act humanely when knowledge supports stability or engage in revolution when new knowledge calls for radical change.

So is the F word warranted? I’m not sure exactly because I’m not really clear on what it would actually mean to “regiment all industry, commerce, etc.”

However, mandating a high stakes Civics and US history test for graduation surely feels like “aggressive nationalism.” And using eugenics influenced standardized tests to label the public schools of the poor and minorities as “failing” and taking them over reeks of racism.

I’m about to BREAK