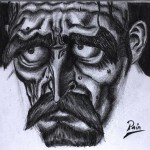 Once again our elected officials have decided to intervene (here and here) in matters that deal with public education and as usual they continue to muck around—and if they get their way—make things worse for children, but reward campaign donors.

First, in a blatant attack on one of our foundational democratic institutions, our elected officials have decided to usher in a new era of monarchies.  School boards will be stripped of any authority to make decisions that reflect the values of their communities and local superintendents will be given supreme rule over local public schools.

The revised Assembly bill, released Tuesday, also places sole decision-making power with a school district superintendent to improve a low-performing school, and the ability to override school board policies.

If a public school does not improve after three years, the bill requires a school board to authorize its superintendent to act unilaterally to improve the school ‘contrary to policies and procedures adopted by the school board.’

The bill also prohibits school boards from “retaliating” against the superintendent.

Yes.  There it is.  Elected school boards will be neutered and possibly even punished for representing our local communities.

Now I’ll be the first to admit that local school board politics can be messy and sometimes even divisive, but is that really a reason to give all authority to one person?  And let’s be real.  Do we really believe the “unilateral” power proposed for supers will not be usurped by politicians—essentially creating puppet rulers that really only represent the desires of campaign donors?

How about teasing out this idea (legislation)?  If public schools continue to serve legislatively neglected students and communities, we require that our elected officials turn over the authority to qualified educators and community members to make evidence based policy decisions? And if need be, our elected officials will also be required to provide the necessary resources that legislatively neglected schools deserve.

And if the gut shot to community based democracy wasn’t enough, our elected officials want to give the Badger tests but not count the Badger tests! It’s called a “pause” bill.

The “pause” bill has more consensus.

Identical versions in the Senate and Assembly would make sure student results on the new state achievement test — which is aligned with the more rigorous Common Core State Standards — don’t immediately lower school ratings on their annual report cards. The new tests may result in lower scores for students than the previous state exam.

The bill would also keep the scores from being tied to teacher performance evaluations until the 2015-’16 school year.

The new state test, dubbed the Badger Exam, has faced a variety of implementation problems, so lawmakers and the state DPI have been working to figure out a way to avoid unfairly dinging schools and staff in its first year of administration.

DPI officials said they believe the federal Department of Education will be OK with the state postponing the use of test scores.

If our politicians and DPI officials (Theisfeldt and Evers?) are really having some misgivings about the results of the Badger tests then call off the tests!  Think of all the time that can be rescued for real educational endeavors. Think of all the needless (and harmful) anxiety that can be avoided.  Imagine—for the first time in 15 or more years—schools devoted to teaching and learning instead punitive, harmful, stressful, expensive, worthless standardized testing.

But let’s be real.  Make sure you read this legislation very closely.  The tests will still be given and the data will still be collected but, it will not be used for accountability purposes this year. Please ask WHY?

Because the minimum expected failure rate is supposed to exceed 40% of all test takers (In New York failure rates exceeded 70% last year).  How will that look when our governor tries to tout his successes in education on the presidential stage?

No, “we’ll give the tests but we won’t use the results.”

Either be “bold” and call them off!

Or full speed ahead and “let the bodies hit the floor.”