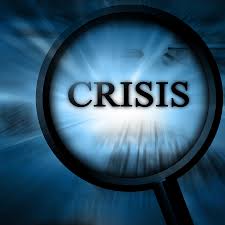 Just think of the work and the time the reformers were willing to put in. They designed a system that appeared to be all about high standards (NCLB and now NCLB waivers) . They mandated tests(PARCC or SBAC tests) to measure the so-called high standards (Common Core). Then they made the collection and public reporting of test scores mandatory. The reformers forced teachers to stop “educating” children and obsess about “student achievement.” And then they set a standard that in the end, all schools would never meet –100 percent proficiency. Brilliant! It’s a black and white system manufactured to appear to be based on data and evidence. It’s simple. It’s designed to make cause and effect claims about the dismal state of public education that are easy for the American people to understand. It perpetuates the “public education crisis” narrative.

But why go to such lengths? Why the effort? The reality is that if the reformers were honest they would just admit that they abhor a “public” anything. It’s hard to find any honest reformers, but I actually know one. This person at least has the decency to admit that according to him, “government” schools (most of us call them public schools) are federally unconstitutional and at the state level public schools should be eliminated and replaced by a “thriving” private school system. Also, this person believes the government should not “steal” his money and redistribute it to bureaucrats and create a government institution (public schools) designed to indoctrinate children with socialist ideologies. It is an individual’s responsibility to pay for and obtain an education. For some readers, this may sound a little scary but at least it’s honest. What it also reveals is that many reformers are not really interested in making public schools better. Their main goal is to thrust their market based ideology on society and dismantle the American public education system — scary, but honest.

This makes me wish that the reformers would just admit their position and honestly try to convince the American public that their ideas for the privatization of the American public school system would better serve our nation’s children. Let’s stop all the No Child Left Behind, Race to the Top, Common Core Standards dishonest reforms that are damaging children and educators and truly debate the wisdom of a totally private American school system.

Reformers, please stop selling the “failing public school” narrative. Try selling your market based ideology and the privatization of the American public school system to the people. If it’s such a great idea, then it should stand on its own.

This piece was revised from its original that appeared in Huffington Post in 2011.