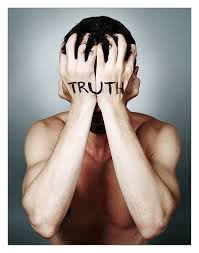 “If you choose not to decide, you still have made a choice”

I remember listening to these lyrics for the first time when I was in middle school.  It was later in my life when I finally “heard” the lyrics.

For those of you that can place the lyrics with the song, you know what I’m talking about.  If this is the first time you have ever seen these lyrics you need to know that the words come from the song “Freewill” and were written and performed by the band Rush.

But what about that simple line?

What was Rush saying and why should educators care?  Because our system of education is under assault and I still find way too many educators that absolutely know what’s going on but “choose” to remain silent or they are focused on the wrong things.

Right here in Wisconsin our Governor, Scott Walker, declared war on the idea of free inquiry and the search for truth.  He then went and put forth a budget that cuts $300 million from the UW system.  When GovernorWalker was called on his blatant attack on the academic mission of higher education—specifically the Wisconsin Idea—his response was a simple dismissal and officially called it a “drafting error.”

According to Jonas Persson and Mary Botarri of the Center for Media and Democracy’s PR Watch, Walker wanted to strike language,

ensuring that the mission of the UW is to extend “training and public service designed to educate people and improve the human condition,” as well as the language specifying that “the search for truth” is “basic to every purpose of the system.”

If you need to go back and read that again go ahead.

Now let that sink in.

Governor Walker wanted to squash the “search for truth.”  I know that $300 million is a lot of money, but I contend that the attack—get real, it was not a “drafting error”—on the search for truth and his disdain for the human condition should send chills down the spine of anyone concerned with the future of institutions of higher education in the state of Wisconsin.

This leads me to another song with powerful lyrics, also by Rush….

Each must know his part

To sow a new mentality

Closer to the heart

The attack on teaching and learning has gone way too far.