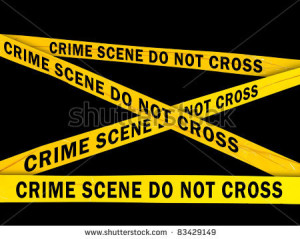 Two years ago I posted the blog below.  Today I am reposting it (with some revisions). Why?  Because, as we leave 2014 and are about to begin 2015 I don’t believe anything has changed since I originally crafted this post.

I am close to the edge!

And from here the picture is perfectly clear.

The American system of public education is being purposely destroyed. This is not a statement from someone who routinely sees crop circles. I am a teacher and I see it clearly–just like Diane Ravitch, Nancy Flanagan, Valerie Strauss, Anthony Cody, Stephen Krashen, Susan Ohanian, Mike Klonsky, Jesse Turner, Mark Naison, Alfie Kohn, Marion Brady,United Opt Out National, The Network for Public Education, Fair Test and a host of other individuals and groups.

However, I feel like we are in the middle of a crime scene surrounded by yellow tape and the “liberal media” is standing on the outside with a bull horn announcing, “Move along!” “Nothing to see here!”

(Below just simply insert your favorite reformer and media outlet.  It won’t change a thing.)

This is the biggest story in the last 100 years (the death of public education) and the only media attention it gets is typically dismissive of the voices screaming for help. Or it receives media attention that continues to push the corporate reform narrative. For example, big mouth Chris Christie got on MSNBC (Morning Joe) last week by “straight talking” about the need for education reform and how he will not back down even if it costs him his office. And what did he say? Of course he is “fighting for the kids of New Jersey.” Really? Do the kids of New Jersey have a clue what will happen to them when Christie is done pushing his corporate reform agenda?

Every policy that he supports has been thoroughly dismissed by research. Choice does not work. Charters don’t help. Competition creates harsh learning climates. Pay for performance doesn’t work. Teach for America does nothing. Using test scores to promote or fire teachers is a deeply flawed statistical procedure. Destroying the working conditions of teachers actually creates environments that hinder learning. In other words, Chris Christie’s support for the kids of New Jersey will actually harm them and he is perfectly willing to risk his office on this platform. How is this possible?

Because, after he made the comment, MSNBC did not dissect any of his positions on education policy. Instead, MSNBC used the clip to demonstrate that as a “straight talker,” Christie is popular because he is willing to take a stand and, get this, more people would “like to have beer with him” (Can you see me banging my head against the brick wall?).

Is this all the “liberal media” is capable of doing? This guy and a bunch of others (Arne Duncan, Andrew Cuomo,Scott Walker, Rahm Emanuel—just to name a few—and the rest of the clown car called corporate education reform) are actually advocating for the privatization of American public schools  Our public schools are a PROMISE to our local communities and all children regardless of background, socioeconomic status, or zip code that they receive a powerful and critical education. An education dedicated to promoting democracy and citizen participation in the government by educating the masses. Christie is selling out New Jersey’s public schools and all the “liberal media” can do is comment on how many people would like to have a beer with him?

Mainstream “liberal media” (Shultz, Maddow, O’Donnell, Cooper, Blitzer, Lauer, etc.) why are you letting this happen? The corporate reform agenda does not have a single, semi-solid leg to stand on when it claims to be able to help America’s most vulnerable (children). The evidence is right in front of your eyes. How about changing your tune? As people walk past the yellow ribbon around the crime scene that is us, the screaming “status quo” advocates for public schools and the children that attend them. Use your bullhorn and try this…

DO NOT MOVE ALONG! THERE IS SOMETHING TO SEE HERE! These people are trying to save the American system of public education. You might want to listen to what they have to say.

And if you do this I’ll gladly have a beer with you because “I don’t want to be here anymore.”